We have been manufacturing individual cryotherapy cabins, called cryosaunas or cryo chambers, under Space Cabin™ for more than fifteen years, since 2002. As manufacturers we have upgraded our cryotherapy machines based on the feedback from our customers to make them safer, more reliable and easy to use.

What is a cryosauna?

Cryosauna, or individual cryo chamber, is a machine for whole-body cryotherapy with a specially shaped cabin where low-temperature mixture of nitrogen vapors and air is circulating in vortex to ensure more uniform cooling. The user does not have direct contact with liquid nitrogen, because it evaporates before getting into the cabin.

The user enters the cryosauna wearing warm socks and underwear made of natural fabric. Then the operator lifts the elevator until the user’s shoulders are level with the upper cut of the cabin. When nitrogen vapors and air mix fills the cabin, the user puts his hands on a special edge in the cabin and starts moving slowly.

Meanwhile, the operator monitors the session until the automated time is up. The session takes 90 to 180 seconds. When the session is over, the lift platform automatically moves down.

Our cryosaunas feature an open cabin, meaning that the user’s head stays above its upper edge. Therefore, the user does not feel claustrophobic or panicky. In addition, the operator can maintain direct eye contact with the user in the cabin during the session.

Cabin door does not have a lock and easily opens from the inside at any moment. Furthermore, a large red button on the touch screen and an emergency stop button allow terminating the session immediately if need be. 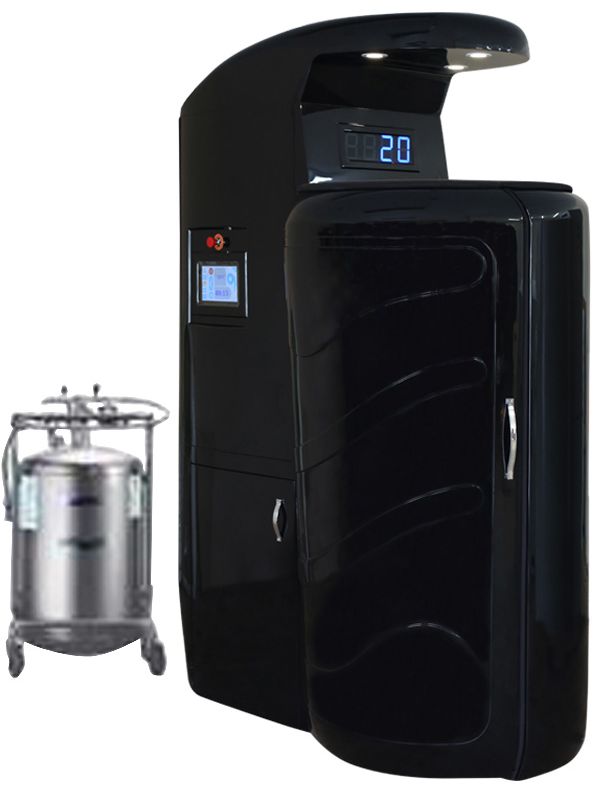 In valve cryosaunas liquid nitrogen is supplied from high-pressure tanks (100 litres and up) via an electromagnetic valve.

If you expect to have more than 20 customers per day, a valve cryosauna will be a good choice. However, there are certain limitations for the location of a valve cryosauna. In addition, liquid nitrogen consumption in this version is a bit higher due to higher evaporation rate from the tank and losses along the tubes and at the junctions.

A valve cryosauna comes with a cryogenic valve and two connector tubes, but does not include a pressurized tank itself. 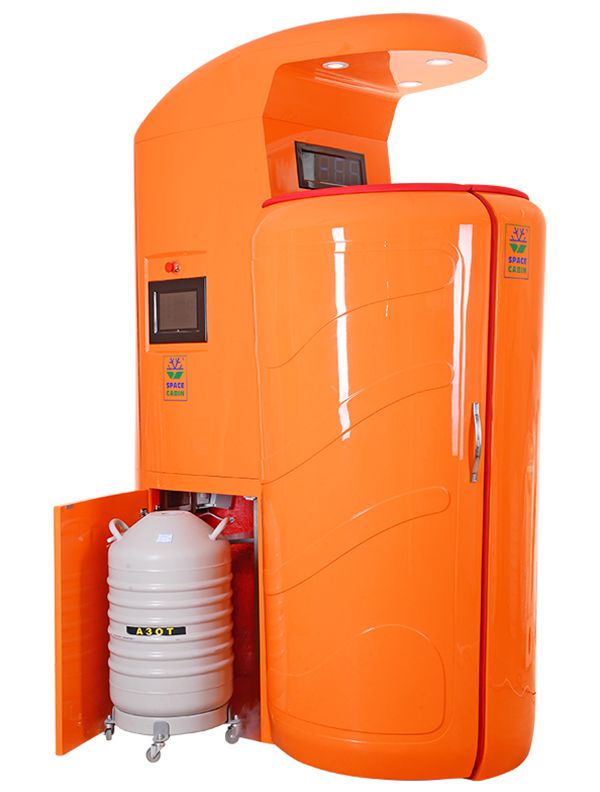 In a Dewar cryosauna liquid nitrogen is fed directly from a 40-litre non-pressurized tank called a Dewar tank.

A Dewar cryosauna is suitable for smaller rooms on higher floors. This is a more flexible solution in terms of location and more cost-efficient, as liquid nitrogen does not evaporate from Dewars as quickly as from pressurized tanks. Dewars are also easier to handle than larger tanks.

Consult our managers to get advice on the best option for you. 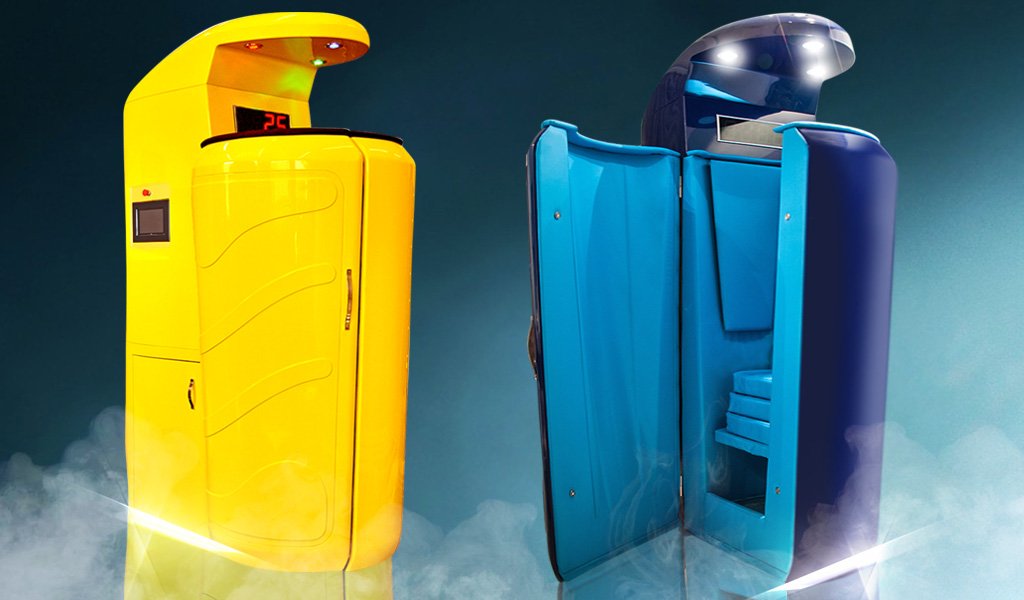 The Aurora cryosauna is made of special fiberglass and lined with water-resistant fabric on the inside. You can choose between 180 colors for the outer shell and 12 colors for the interior upholstery.... 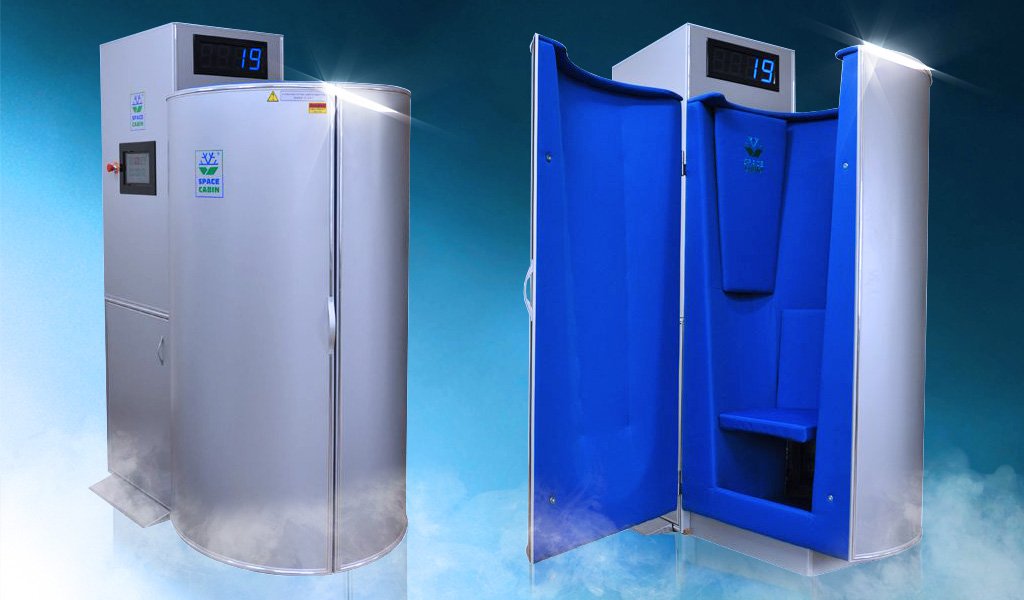 The Classic cryosauna is covered with composite on the outside and with special water-resistant fabric on the inside. The model is called Classic because it has been manufactured for many years and... 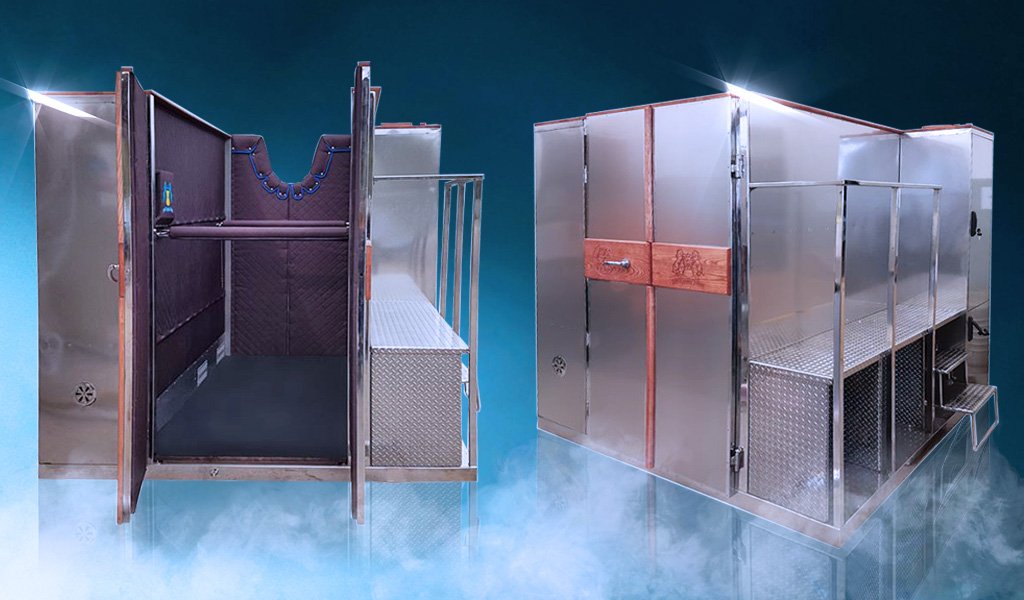 The Space Cabin Horse cryosauna is a cryogenic machine designed to conduct cryotherapy sessions for horses thus inducing more rapid muscle tone recovery. The cryosauna is made of high-quality materials and designed in a way to ensure that a...